Arguments are usually nothing more that a form of conflict resolution. But feuds have other origins such as a means of control if initiated by a bully. Or they can be a cry for attention from the drama queen. Disagreements can arise from emotions such as jealousy, outrage, or fear. Some develop as a result of over inflated egos. Whatever the source, the response to verbal aggression differs greatly. Some people will avoid disputes at all costs. Even if that cost is their dignity. The anxiety raised by a squabble can cause some to cower and raise the white flag. Others will initiate a fight at the drop of a hat. Often the cost associated with these people is a fatal injury to their relationship. Sometimes there are no means of controlling a dispute. You must preserve your self respect so bootlicking is NOT an option. Your only recourse is to win. And really, when you think about it, human nature has infused a competitive streak in each of us. Embrace your intellectual superjock and go for the gold. Hold your head high and win that fight.

Tactics to Win Any Argument, Every Time

The first requirement to winning an argument is to simply know your facts. Remember the old adage: “knowledge is power.” If you are spouting off garbage that your read in some rag magazine to support your point of view, not only do you look like an idiot, but more importantly, you have lost credibility. Be ready and able to support your perspective with unequivocal facts. If the argument is heated and voices are being raised nobody is going to hear your expert testimony. Therefore there is a part “B” to this, which is remaining calm in spite of the out of control emotions attacking your tympanic membranes. Research has shown that a gentle, low key response will de-escalate most volatile situations. The next important key to winning any argument is confidence. Combining calm with confidence makes your words believable (even if they are total fiction). Confidence is the recipe of winners, and since that is the goal, you had better bring a bucket full to the fight. Another important aspect is keep your perspective logical. In other words, stick to IQ rather than resorting to EQ. I have been pretty clear that emotions only add fuel to the fire, so put them in a pocket so the can be put to better use to make up sex.

One final yet important suggestion, listen to your opponent. Show them respect. And sometimes you need to weigh the consequences of winning. If throwing in the towel makes your loved one feel validated and strengthens the relationship, in a roundabout way, you remain victorious.

What follows is a generic yet very possible scenario of an unexpected argument and the application of the aforementioned handy hints to help you win that dispute. More importantly, these tips will help you be triumphant in any feud, anytime and with anyone. 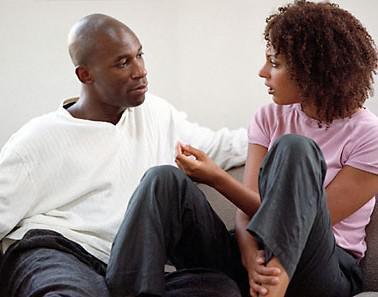 winning an argument with words not volume

So you have entered your profile in a few online dating sites and gotten a couple hits. Awesome! After a little conversation, some texting and a few selfies you decide to meet for coffee. A few weeks go by and all seems unbelievably great with your new interest. You both seem to agree on everything. Suddenly and without warning, you have your very first disagreement. You don’t even know what crap hit the fan!

Since you don’t know what triggered this outburst, your first job is to find that out. But how can you do accomplish this when she is screaming obscenities? Did you forget to open a door for her or belch in public? I apologize for my sarcasm as it minimizes the transgression and paints women as emotional bitches. It is entirely possible that you unquestionably offended her by spending more time looking at other women rather than appreciating the goddess sitting right in front of your face. So, back to the quest of locating the cause of her anger. The first step is to keep your voice calm regardless of her vocal demeanor. Raising your voice only increases the cumulative volume thereby cancelling out the possibility of anybody actually being heard. Communicate respect and listen to her grievance. So, based on all the suggestions in the previous paragraph, do you dazzle her with confidence and facts… nope. Do you make excuses and invalidate her concerns… nope. Do you weigh the importance of this relationship and based on that decide it is better to (sincerely) apologize and move forward… yes. Now, and only now, can you take that EQ that was tucked away and lavish her with tenderness and your undivided attention.